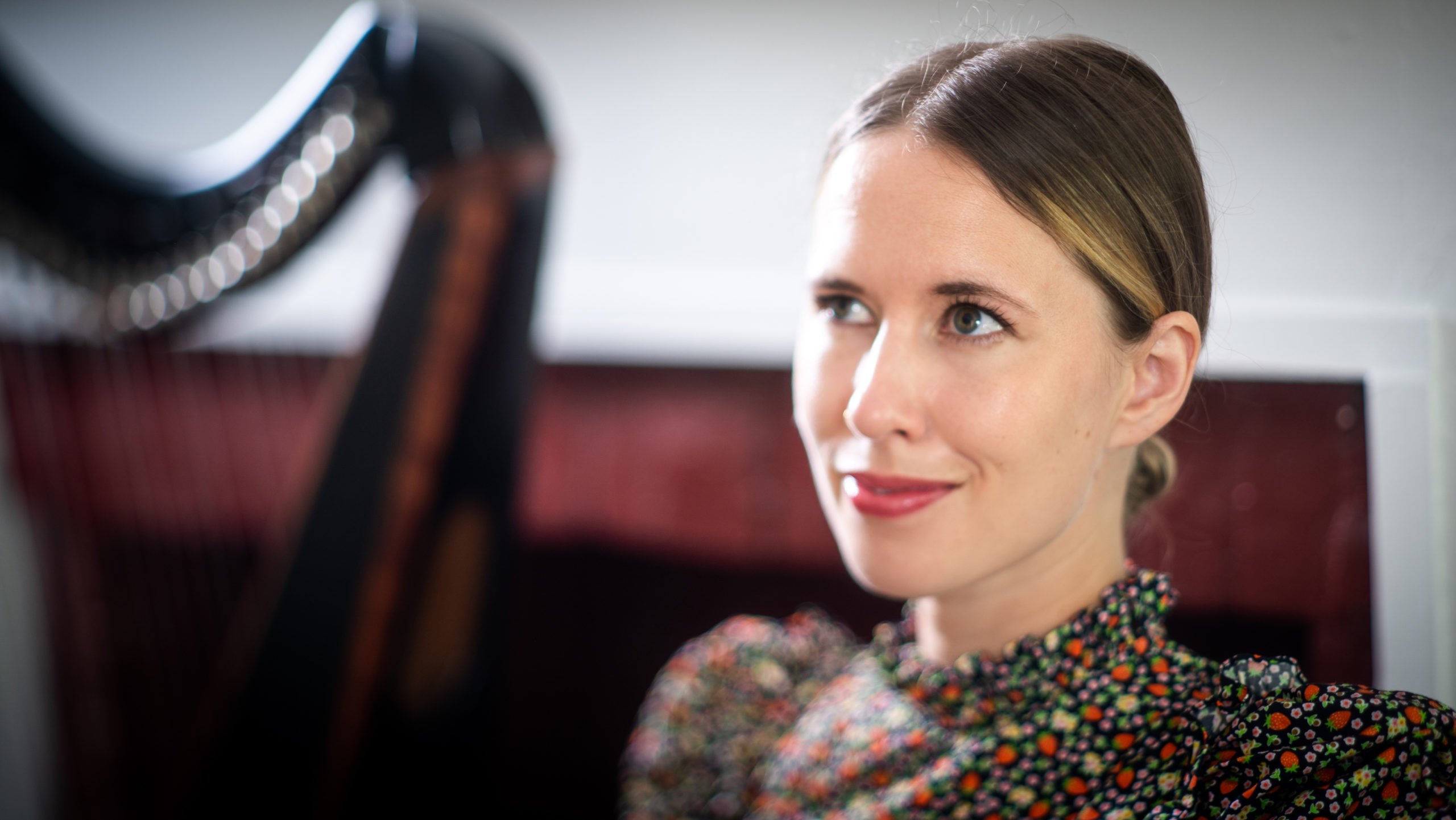 Celebrated harpist Maeve Gilchrist performs a concert featuring several original works from her latest release Harpweaver, including the title track as well as “The Calm” and “The Storm.”  She is joined by the Rasa Quartet and guitarist Conor Hearn (of Rakish) for this beautifully engaging program.

Described by one critic as “a phenomenal harp player who can make her instrument ring with unparalleled purity”, Maeve Gilchrist has taken the Celtic (lever) harp to new levels of performance and visibility. In addition to her co-directorship of the Rockport Celtic Festival and is assistant music director of WGBH’s Christmas Celtic Sojourn, Maeve is also a member of the prestigious Silkroad Ensemble. She has appeared at such major music events as Celtic Connections in Glasgow, Tanglewood Jazz Festival, the World Harp Congress in Amsterdam and the historic opening of the Scottish Parliament. She has played with such luminaries as Yo-Yo Ma, Esperanza Spalding, Tony Trishka, Ambrose Akinmusire, Darol Anger and Kathy Mattea.  She is also an in-demand composer and arranger, with past commissions including a ground-breaking concerto for lever harp and symphony orchestra co-written with North Carolina-based composer Luke Benton and most recently a new piece for harp and string quartet premiered at the Edinburgh International Harp festival last spring.