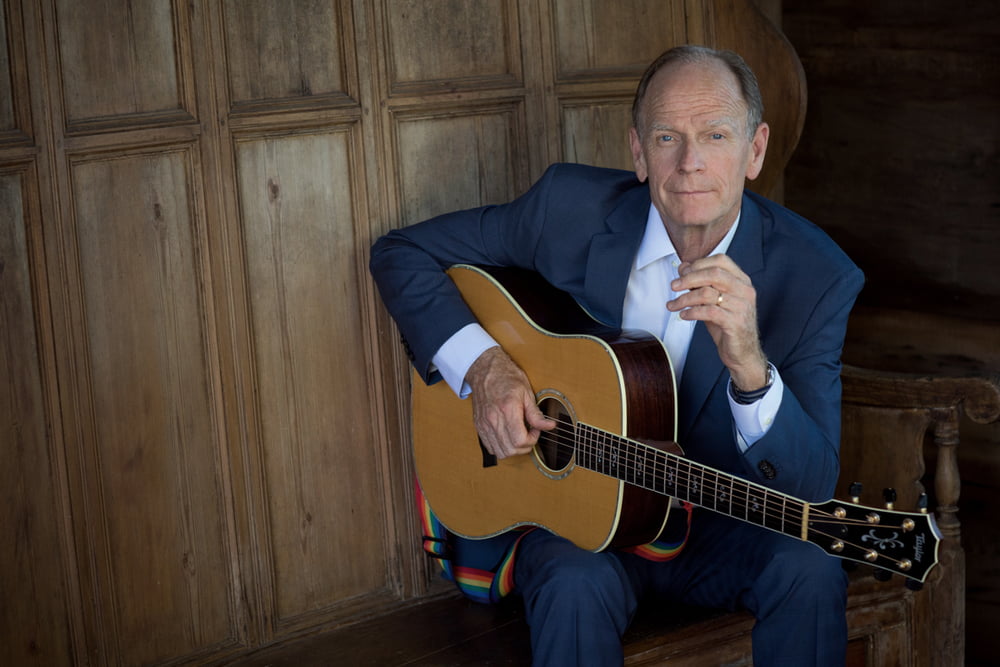 From upbeat storytelling to touching ballads, Livingston Taylor is known for his ability to take audiences on a musical journey, whether singing hits “I’ll Come Running,” “I Will Be in Love with You” or other favorites. His vast musical knowledge has inspired a varied repertoire, and he is equally at home with a range of musical genres, including folk, pop, gospel, and jazz. His versatility has led to performing with such major artists as Linda Ronstadt, Jimmy Buffett, and Jethro Tull among many others. As the younger brother of iconic folk-rock star James Taylor, Livingston successfully carved out his own niche in the pop music world, gaining acclaim for exquisitely reworked covers of classics like “On Broadway” and “Over the Rainbow” among others, as well as his warm, heartfelt original tunes.

Currently a professor at Berklee College of Music, Livingston shares his performance knowledge and experiences with the next generation of young artists. It’s of little surprise that his “Stage Performance” class remains one of Berklee’s most popular each year. Additionally, he released a new book in 2013 aptly titled Stage Performance, in which he imparts the various tricks of the trade.

Taylor’s most recent release, 2014’s Blue Sky, caps off an informal trilogy of records that began with 2004’s There You Are Again and 2009’s Last Alaska Moon, and stands as some of the best music he’s recorded in his career.

Ticket buyers will receive a link for the virtual concert in their email confirmation and a reminder with a link within 24 hours of the scheduled broadcast.