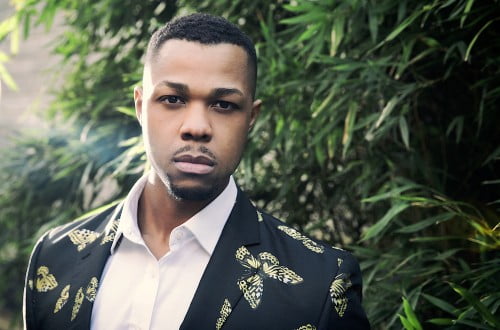 Artists at Home
One of the world’s most heralded young singers, the charismatic, genre-bending bass-baritone Davóne Tines has quickly become a compelling and much sought-after vocalist. The 32 year-old singer has already collaborated with many of the world’s finest new music composers including John Adams, Kaija Saariaho and Matthew Aucoin, and has cemented his status as a musical artist of uncommon depth and astonishing power. As a founding core member of the American Modern Opera Company, Davóne Tines has been featured in a wide array of productions including Henze’s El Cimarrón and John Adams’ Nativity Reconsidered, both presented by the Metropolitan Museum of Art, and in the original work, Were You There, with music by Matthew Aucoin and Michael Schachter. The Los Angeles Times hailed him as “the find of the season,” for performances with the Calder Quartet and with members of ICE at the Ojai Music Festival.