Emerald Rae and The Bombadils 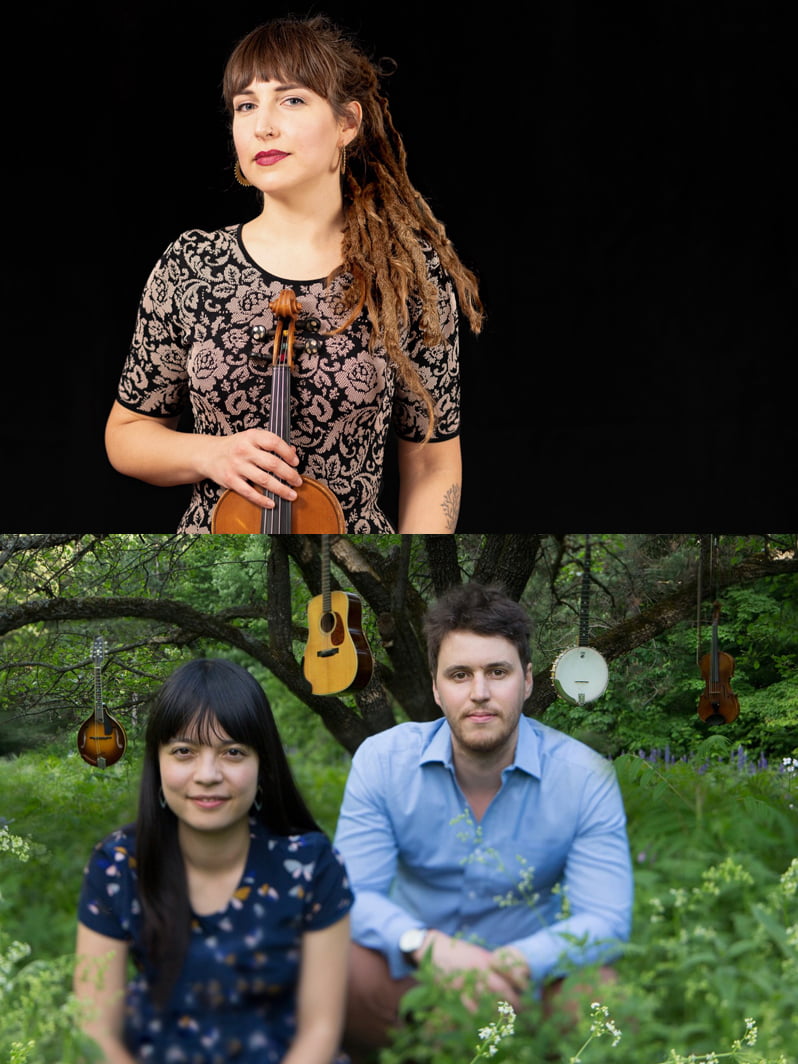 This co-bill pairs two performers who create some of the most original music you will ever hear.

Emerald Rae is a fiddler and folksinger originally from Gloucester and now living in Vermont. Roots Music Report hails her as “a spell-caster of no small skill… maxing out her axe’s potential in the service of her consistently compelling melodies” and recognizes her self-titled 2018 release as “one of the year’s more fetching releases”. She was chosen as a Falcon Ridge Folk Festival Emerging Artist and is quickly gaining ground as one of the top new artists to follow this year. Pairing ornamented vocals with groovy percussive fiddle, Emerald pushes the boundaries of the imagination with a refreshingly colorful palate.

Canadian Folk Music Award nominees The Bombadils bring together bluegrass, Celtic, and singer-songwriter traditions with front-porch style and classical grace. Canadian arts journalist Bob Mersereau describes their music as “folk tunes done with musical adventure and sophistication” and Elmore Magazine calls it “an enchanting folk romp.” Sarah Frank and Luke Fraser met in 2009 while studying music at McGill University in Montreal, initially performing as an Irish pub band as a way to break up their studies. In 2015 they released the full-length album, “Grassy Roads, Wandering Feet,”  which was quickly followed by “New Shoes” in 2016 which was nominated for two Canadian Folk Music Awards and won Folk Music Ontario’s Album of the Year award.

Advance tickets are $12. The suggested contribution at the door is $14 for adults, $5 for juniors, and $28 for families. Click here for more information about tickets.