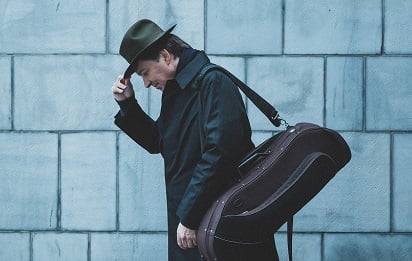 Violinist Philippe Graffin has established an indisputable reputation for his interpretations of the French repertoire. Philippe made his first recording with Yehudi Menuhin conducting the Royal Philharmonic Orchestra and his many highly acclaimed recordings since then bear witness to a questing mind and include many world premieres. He has rediscovered original settings of Chausson’s Poème and Ravel’s Tzigane and has championed the forgotten violin concertos of Fauré and the English composer Coleridge-Taylor which he has recorded and performed at the BBC Proms.

As concerto soloist, he has performed with orchestras such as The Philharmonia, BBC Symphony, and the BBC National Orchestra of Wales among many others. Graffin performs works of many living composers and has had works written for him by Rodion Shchedrin, Vytautas Barkaukas, David Matthews, Philippe Hersant and Yves Prin.

Philippe is a highly sought after chamber musician and is founder and artistic director of the “Consonances”, a chamber music festival held in St Nazaire, France, which celebrates its 25th anniversary in 2015. New releases include the world premiere of the violin concerto of Finnish composer Tauno Marttinen, with the Turku Philharmonic, and a new recording of Tchaikovsky’s Violin Concerto, the first to include the cadenza by Ysaÿe, on a CD which also includes Prokofiev’s Five Melodies. He plays a Domenico Busano violin, made in Venice, 1730. In demand as a teacher, Philippe Graffin, is a professor at the Paris Conservatoire National Supérieur de Musique (CNSM) and at the Brussels Conservatoire Royal.

ABOUT THE YSAŸE
In this concert, French violinist Philippe Graffin performs the U.S. premiere of Ysaÿe’s Sonata for solo violin, a work he also discovered, completed, and performed the world premiere. From an article in The Strad (May 2018), Graffin explains:  “When I was shown the manuscript…It wasn’t a sketch but a very elaborate first draft.” Graffin analysed the structural principles of Ysaÿe’s six published Sonatas and used them alongside material from the ‘new’ piece to complete its final movement. “It’s at least 98 per cent Ysaÿe’s work…”