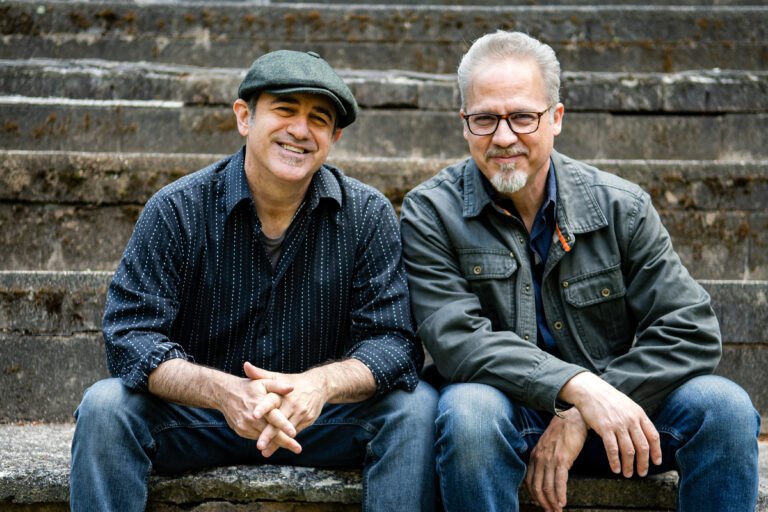 Jon Shain grew up in Haverhill, Massachusetts, and FJ Ventre grew up in Beverly. They began making music together in 1982 when they met in high school. Jon headed south to Duke University , and he had the good fortune to learn the piedmont blues tradition firsthand by playing in Big Boy Henry’s backing band. Jon won the 2019 International Blues Challenge in the solo/duo category. He has shared stages with the likes of Keb’ Mo’, John Hiatt, Little Feat, and Jackson Browne. FJ earned a B.A. in Music Performance and Sound Recording. He then joined Jon in North Carolina,  where he performs as a sideman and runs his own Good Luck Studio. Jon and FJ also resumed their musical partnership. They collaborated on the 2019 CD Tomorrow Will Be Yesterday Soon and their new CD Never Found a Way to Tame the Blues, released in 2021. 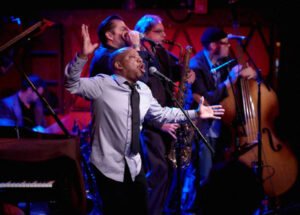 defies categorization. He is a singer and songwriter; a master weaver of American musical styles. He’s also an actor, activist, author, and storyteller, and an award-winning educator who has taught young public school students for more than 40 years. Kemp has acted in numerous films and TV shows such as SMILF (Showtime), and is comfortable sharing the stage with artists such as Taj Mahal, Koko Taylor, and Gil Scott-Heron, as well as performing shows with his smokin’ band. He wrote and performed “If Loneliness Was Black” for the Alvin Ailey American Dance Theater and Complexions Dance Company. Kemp has also composed for WGBH Public Television/Boston.