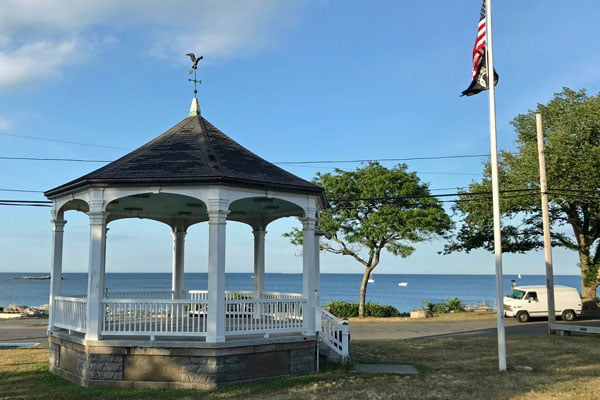 This year’s Rockport New Year’s Eve Summer Sampler will take place Saturday, August 6 from 4:00pm to 7:00pm at the Back Beach Bandstand. If the weather doesn’t cooperate, we will try again Sunday, August 7 from 1:00pm to 4:00pm. The earlier hour on the rain date is to accommodate the Rockport Legion Band concert that evening.

5 Star Phresh Phood will be on hand with delicious food choices. Non-alcoholic drinks will also be available.

Admission is free. However, RNYE would appreciate your generous donations to support the performers and Rockport New Year’s Eve 2022. A bucket will be passed at the Summer Sampler. You can also make donations here. 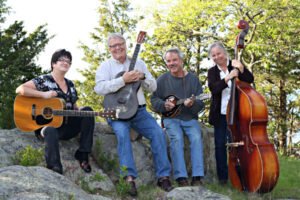 Down Home Swing delivers the finest in jazz, blues, country, and so much more, in a heartfelt and rousing way. Their act features traditional and contemporary tunes, thrilling harmonies, and expert picking, delivered with flair and enthusiasm. Down Home Swing is Jay & Laurie and Chick & Ellen – two married couples, four professional musicians, friends for many years. When they began performing together as a quartet, their sound came together quickly, fed by their abiding friendship and stellar musicianship. 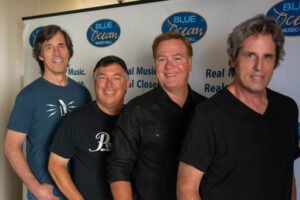 Tom “Satch” Kerans is a singer, songwriter and guitarist drawing on such influences as Tom Petty, Leonard Cohen, and Bob Dylan. Founder of the band the Catalinas, he has opened shows for the likes of Little Steven, NRBQ, and South Side Johnny and the Asbury Jukes. He opened for Roy Orbison four days before the legendary singer’s death. He was runner-up in the 92.5 The River “Rising Star” contest in 2009 and has released six well-received records. Jonathan Perry of the Boston Globe says “Kerans gets better and surer with age.” 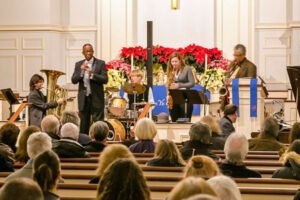 Performing and recording artist Henri Smith was born and raised in the birthplace of jazz, New Orleans, and began his career polishing his sophisticated and dramatic vocal delivery at a young age. Today he thrills audiences with his New Orleans Jazz, Blues, Creole and Cajun flavored music touring extensively throughout the United States and Europe.