What Time Is It, Mr. Fox? at Old Sloop Presents 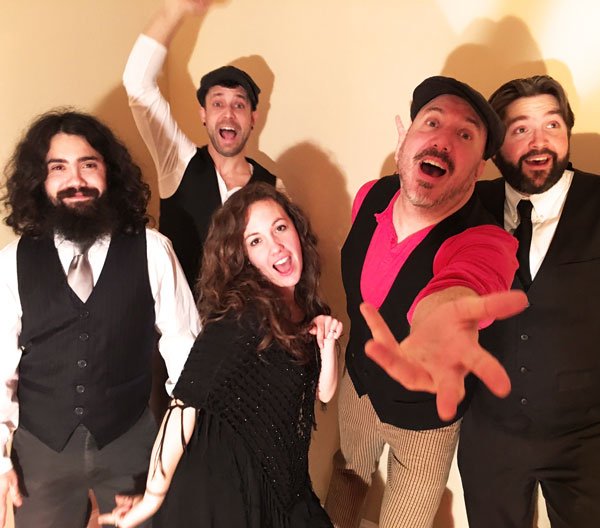 Named after a Victorian children’s game, What Time Is It, Mr. Fox? can time-travel from 1960s New Orleans soul,  back to the minstrels of Medieval France before landing in the Tin Pan Alley era of NYC.  Led by the gender-defying voice of 3rian King, the ensemble delivers their own brand smoky cabaret, neo-soul and acoustic noir, sounding something like Tom Waits and Amy Winehouse performing in a French cafe. What Time Is It, Mr. Fox? is known for its original songs which marry rich lyrical imagery with a cinematic sensibility, exploring themes of love, spirituality, sexuality, and identity.  Mr. Fox brings honesty, energy, and emotional authenticity to every performance.

In summer 2019, the band premiered their new multimedia animated musical “Medusa” in the Charles Hayden Planetarium at Museum of Science, Boston with a completely sold out run and rave reviews.  In the spirit of revisionist works like Mists Of Avalon and Wicked, the story gives a new perspective on Medusa, one of female of empowerment and leadership. The soundtrack album is forthcoming with the first single “Devil Vs. Scarecrow” available now on Spotify, AppleMusic, GooglePlay, Amazon, and more.

Advance tickets are $15 for adults and $5 for youth (age 18 and under). The suggested contribution at the door is $20 for adults, $5 for juniors, and $40 for families. Click here for more information about tickets. IMPORTANT! Click HERE to see the COVID-19 precautions for this concert.