Motif No. 1
Images of Rockport’s iconic fishing shack on Bearskin Neck are known and recognized throughout the world, and instantly familiar to any student of art or art history. 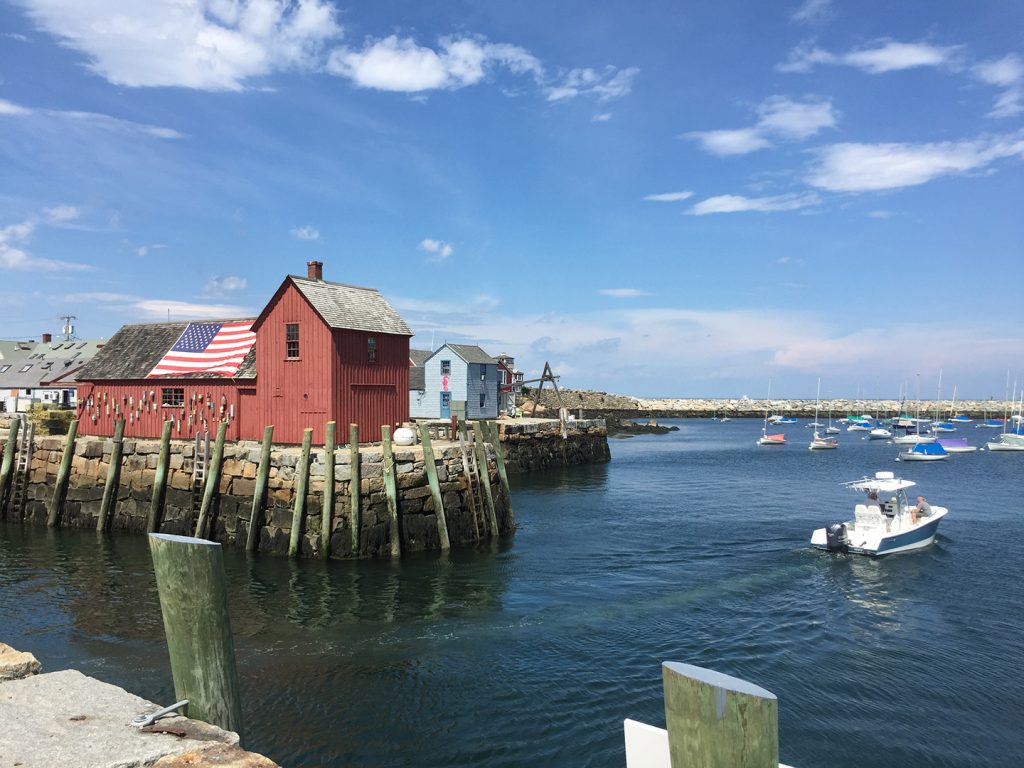 How Motif No. 1 Got Its Name
“ROCKPORT’S trade mark is the dark red shack on a Bearskin Neck wharf. Motif No. 1 is recognized in far-away places, thanks not only to visitors who spread its fame, but to the innumerable paintings and prints that have carried its likeness abroad.

One story says that a Yankee traveling in South America found a picture of the house: it had been painted in Czechoslovakia. He brought it to his home in New Hampshire.

As we have noted, America’s most-painted building received its name in an impulsive exclamation by Lester Hornby. This illustrator and etcher taught in Paris in the winter; his pupils, in the French manner, drew certain standard subjects or motifs.

During his summer seasons in Rockport, Hornby noted that many pupils chose the venerable, dilapidated shed on the edge of the inner harbor. Its prominence and its simple but interesting proportions made it a natural model for sketches and paintings, good and bad. One day when a student brought for criticism a pencil drawing of the house, Hornby exclaimed, “What-Motif No 1 again!” It has been that ever since.”
—Rockport Sketch Book, by John L. Cooley

History of Motif No. 1
Article by Leslie D. Bartlett tells the story of the building’s history and the 2002 US Postage Stamp debut.

1933 – Float Conquers Chicago
In 1933, the Rockport American Legion Post. No. 98 built a 27’ scale model of ‘Motif No.1’ for the Legion Parade, which was held in Chicago, Illinois, site of the 1933 World’s Fair. Designed by A. Hibbard & A. Thieme, with participation by the RAA, Board of Trade and townspeople ‘from high to low’, the float was commissioned in June, completed by the end of September, and driven in daylight only, from Rockport to Chicago, in less than a week. On October 3, 1933, among 200 floats, it won first place in the historic float competition . Upon the float’s return to Rockport a crowd of over 4,000 people lined up & down the Great Hill (5 corners) to welcome the float home.

Here the Motif Float is parked on Granite Pier. Everything was built to scale, barrels contained carved cod and wooden lobsters. The boats were half-hulled to the water line and a canvas painted with reflecting waves hung to within one inch of the ground