What better way to spend a few hours on a gorgeous New England summer weekend than by listening to beautiful music? How about listening to that same music while enjoying an inimitable and spectacular ocean view?

Locals and visitors to the picturesque and historic Cape Ann seaport village of Rockport are able to do just that, as they enjoy the breathtaking harbor vista while listening to the world class performances offered by Rockport Music at the Shalin Liu Performance Center.  One of the country’s oldest art colonies, Rockport, Massachusetts has been home to the Rockport Chamber Music Festival for 36 years.  In addition to shopping at the myriad art galleries and specialty shops in town, and sampling the culinary specialties of Rockport’s restaurants, visitors can experience the natural beauty of the area while immersing themselves in the memorable performances for which Rockport Music is known. 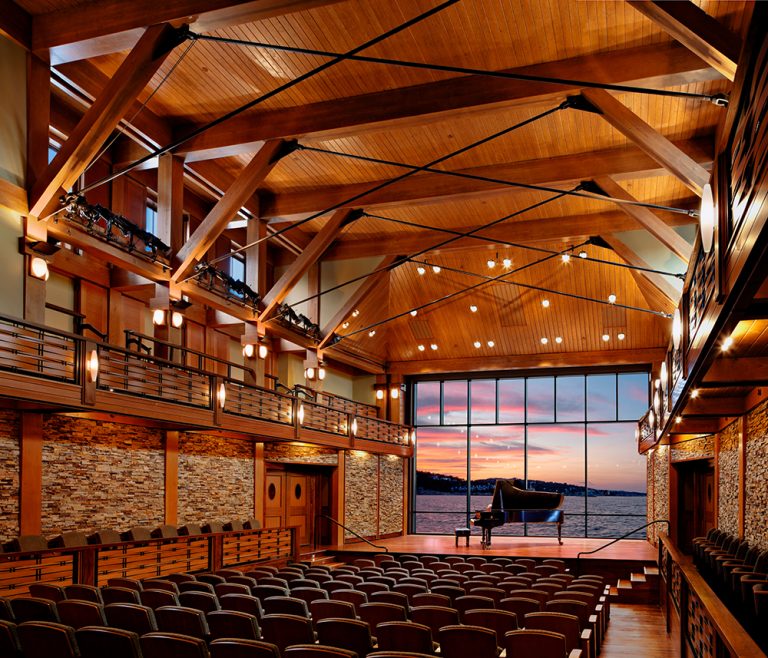 The new, state-of-the-art 330-seat performance center, situated between the Atlantic Ocean and Main Street in Rockport, features a concert hall with a two-story stage window with direct ocean views, and a third floor reception space perched high above the roofs of the town. Designed by Alan Joslin and Deborah Epstein of Epstein Joslin Architects (Mr. Joslin’s work includes the Seiji Ozawa Concert Hall at Tanglewood), and acoustician R. Lawrence Kirkegaard (whose credits include Carnegie Hall’s Isaac Stern Auditorium and Ozawa Hall), the hall is unique in New England.

In describing the design of the hall, Mr. Joslin said, “…in shaping the hall we worked carefully to maintain the lack of separation between audience and performer that was so beloved in the Rockport Art Association’s Hibbard Gallery, the original home of Rockport Music. Audience wraps around three sides of a stage that is set no more than table height above the lowest floor level. This helps to merge musician and patron and to embrace the energy only available in the experience of live performance.”

“The grand backdrop to the stage, an 18’ x 28’ floor to ceiling window, provides a stunning and never ending visual drama between a varying spectrum of natural light playing off of the changing tides, the rippling ocean waves, the wetting and drying of native granite, and the variety of broad-scaled cloud patterns moving through the sky. It should be a serene scene well suited to classical and contemporary chamber music, one that merges place and event, transforming and enhancing one’s experience of the music as well as one’s experience of Cape Ann.”

Acoustician Larry Kirkegaard, when asked about the designing of the new hall’s acoustics to allow for the variety of performances presented by Rockport Music, responded, “The musical qualities that we seek are naturalness and purity of sound, with clarity and reverberance in the perfect balance for both audience and musician enjoyment.  Musicians should feel their instruments move the air in the hall with all the nuances of texture, color and balance that make chamber music and recitals so rich and compelling.” 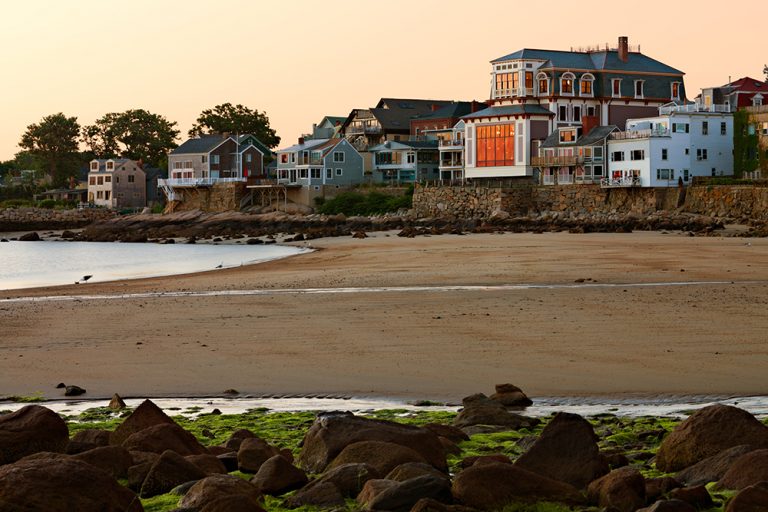 Hinged fabric panels will allow for “tuning” of the hall to ensure the most desirable acoustics for the range of performances to be offered – from classical to jazz and world music, literary readings and more.

Named in honor of Massachusetts philanthropist Shalin Liu, the new performance center is the tallest commercial building in Rockport.  Designed with the beauty of the area in mind, the third floor reception space of the performance center will allow visitors to enjoy 360 degree views of the town and harbor.

Rockport Music has grown since its humble beginnings in 1981 from a 12-concert chamber music festival to a year-round presenter of classical, jazz and world music.  The Rockport Chamber Music Festival, now a 20-concert summer chamber music series, has established a national reputation for presenting some of the world’s foremost classical musicians and ensembles, distinguished Boston-based artists, as well as rising stars of tomorrow.

Visit rockportmusic.org for a full calendar of concerts and programs.